What more could be better than being visited by Lady-Luck when you're Broke, and on your way to find a job?

We do wake up every day Hoping for Goodluck and a better day ahead while searching for our daily bread, the same thing a Semi-Retired Chef named Fred Jordan hoped for before starting his day earlier this week.


But For him, he had an appointment for a Job Interview at a firm he applied to work; a few days ago. His hope was high and all he wished was to get hired by the Company after the Interview session. 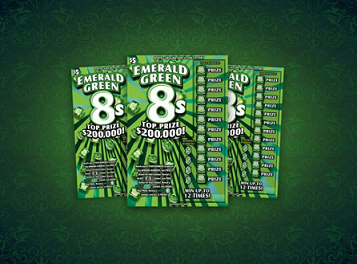 But, Just as fate would have it, while Fred was on his way to the Job interview, on May 18th, he was passing through a lottery store; “Harimart store” which is located at U.S. 70 East, North Carolina, United States of America, when he decided to stop and purchase some scratch-off lottery tickets just to keep trying his luck out, as he was still without a job and there's no harm in trying. 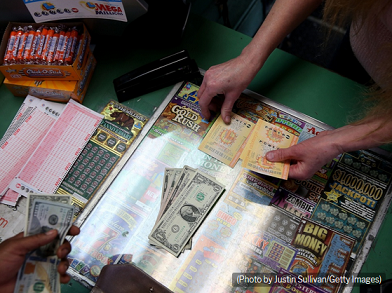 Fredd Bought several Tickets to increase his chances of winning, and as luck may have it, he won $200,000 through one of the tickets he bought for just $5, “Emerald Green 8's ticket”.
Speaking with North Carolina Education Lottery officials, Fredd Jordan revealed he couldn’t believe he won $200,000 with just a $5 Ticket he bought and coupled with the fact that he won it the same day he had a Job Interview.
When asked what he intends to do with the money he won, he made it known to the officials that he will make plans on investing Most of the money and using the remaining part to visit and have a good time with his family in California.
As at when publishing this post, we don’t know if he still went ahead for the Job interview, or Got the Job.
But, if you are on your way to a Job interview and happens to win a Lottery of $200,000 (90 Million Naira), will you still go for the Job interview? Drop your Comment in the Comment Section below.