Mavin Records artiste, Korede Bello is working on releasing a new EP this year. The EP has been named "Table for Two", and it's to consist of just 5 hit tracks.

Currently, he has released 4 out of the total 5 that are being anticipated.

The hit songs on the soon to be released EP are;

1. Morire: Morire is the first single off the forthcoming EP, and this track has been released on the 10th of July, 2020. Download Korede Bello - Morire Here

3. Hey Baybe: Korede Bello's "Hey Baybe" is one of the 2 unreleased tracks contained in the EP, and it's the third his soon to be released Studio-work.

5. Table For Two: We feel that the EP' Title was derived from this song and it would likely be a hit-track and lead-hit once the body of work is released on the 24th of July 2020.


Checkout the Official EP's Artwork and Promotional Image Below: 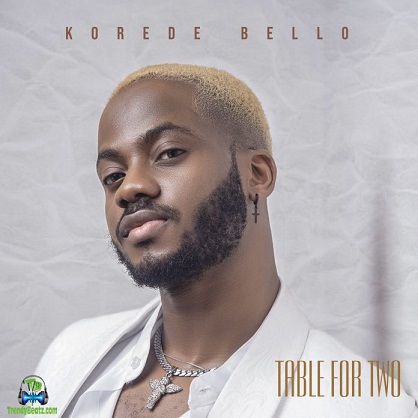 Question: Which among the songs on Korede Bello's EP Titled "Table For Two" is your favourite track?

Tetuila and Tic Tac are demanding over N30 million from Wizkid because his single “Gbese” has some content from their 2004 hit song.