BBNaija: Erica Caught Blushing While Playing Card Game With Laycon, Days after Vowing Not To Speak With Him Again 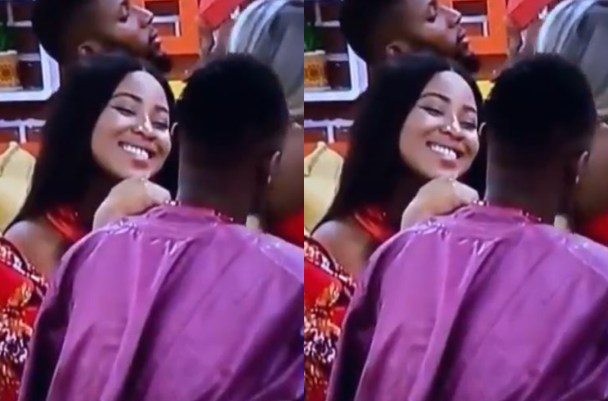 BBNaija: Erica Caught Blushing While Playing Card Game With Laycon, Days after Vowing Not To Speak With Him Again

Erica was caught with a face decorated with pleasant smiles, as she enjoyed a card game with Laycon.


She had prior vowed to avoid and never talk to Laycon, for as long as her days in the Big Brother house.

She made the decision to avoid Laycon after Ebuka called out Vee, to give an explanation of why she gave Laycon the strong advice of never to talk to, or render services to Erica.

However, Vee explained that Laycon is hurting all because of her, and it was starting to become unhealthy for him. Shortly after the eviction show on Sunday, August 23rd, Erica was seen speaking with Neo, where she made the assertion of not talking to Laycon, ever again - even outside BBNaija house.

Yesterday, August 25th, just after their Indomie noodles task and comedy skit, the two were spotted playing card game, where Erica was seen gleaming with joy.

Watch the video below: