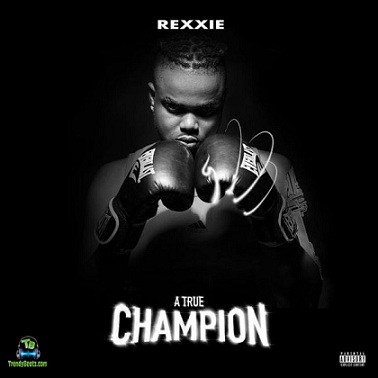 Another collaboration from Rexxie and Seyi Vibez on the song "40 BTC". A new danceable sound for you!!.

One of the African raving superstars, Rexxie has dropped another banger tune "40 BTC" collaborating with Seyi Vibez, the Nigerian talented and street raving singer nowadays. This song was released in the year, 2021 from Rexxie's new album "A True Champion" which housed 17 tracks.

Just after the release of "KPK", the sound recording producer, Rexxi has been dominating all around Africa due to his potentials in that kind of studio instrumentals. He was then asked in an interview how he crafted those instrumentals given the song an amazing sound for Mohbad the featured act to vibe well for the listening pleasure of the fans.

Now, he has done something comparable to it again. The song "40 BTC" has already started capturing lots of streams and downloads on digital streaming platforms. You got not to miss this one.

Listen up and grab the song below via TrendyBeatz.com


Share Rexxie - 4 BTC ft Seyi Vibez Mp3 with others on;