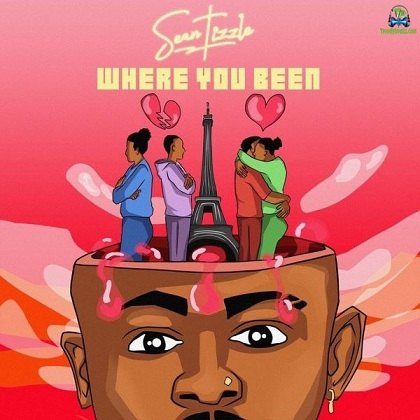 Sean Tizzle - Where You Been EP

Title:   Where You Been EP

The Nigerian Talented singer, Sean Tizzle has returned back to the music scene with a lovely soundtrack as he unleashed a debut Extended Play dubbed ''Where You Been” released on 14th February 2021.
This album ''Where You Been” by Sean Tizzle features only talented Haitian rapper, musician and actor known as Wyclef Jean, consisting of 4 solid tracks, production credit to Dera, K.O, Finito, Wyclef Jean, and others who help to the released of this album.

According to Sean Tizzle, 1, 2 and 4 track was written by Sean Tizzle himself, while the 3rd track was written by Sean Tizzle and Wyclef Jean.
Mixed and Mastered by Timi Jay in all tracks.
Sean Tizzle real name Morihanfen Oluwaseun Oluwabamidele is a Nigerian Talented singer and songwriter, who was formally signed to Sound Sultan's Naija Ninjas, but currently, on his record Tizzle Nation, he rose to fame in the year 2013 after his hit ''Sho Lee'' and since then he keeps making good vibes in his career to music.

On 14th February 2021, he comes up with an impressive Extended Play tagged ''Where You Been'' which is nowhere for your listening pleasure.