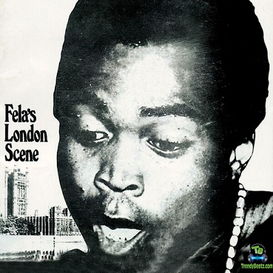 Download Fela Kuti London Scene Album: "London Scene" is a five tracked project from the legend, Fela Kuti, a famous Nigerian music maker. This his album was recorded in England and was released in the year 1971. Songs like J’Ehin J’Ehin, Egbe Mio, Who’re You, Buy Africa and Fight to Finish all appeared on this stunning body of work.

Fela Kuti - Who Are You