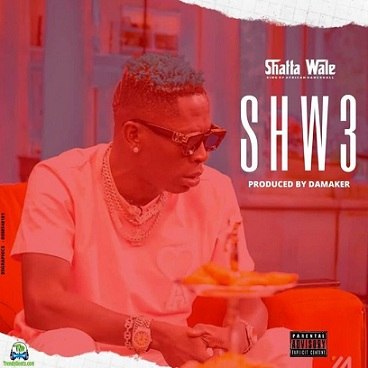 
Ghanaian Sensational Dancehall muisc artiste, Shatta Wale, delivers another banger called "Shw3", to excites his music fans. This song comes through after his previous song "Piece Of Cake", which is still basking around, gathering lots of streams, views and downloads on digital platforms.
This song "Shw3" was self-produced by Shatta Wale (also known as Da Maker).

Shatta Wale, who is known for his credibility in the music scene, really took out his time, to compose this one. This artist is one of the most loved, Ghanaian musician. The singer really knows how to satisfy his music fans.
Shatta Wale, has associated with the likes of Ghanaian, Nigerian, Jamaica, and American top and trending artist namely Eno Barony, Medikal, Beyonce, Skillibeng, and many others.