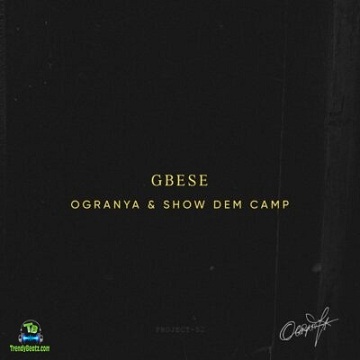 
Still enjoying the classic records from our favourite act, let's take a little hold and enjoy the song "Gbese" by Ogranya starring Show Dem Camp, the hip-hop duo rapper who made the song to be a prosperous one.

A new lovely and R&B soundtrack that will leave a smile on your face. They released this song a few hours now which has started accumulating lots of streams on the digital streaming platforms.

The singer Ogranya has come to take over the scene and take his music to another great level. He gave the fans "Gbese" which was composed in English dialect with catchy lyrics that will be worth more exciting and enjoyable.

On this one, he employed the Show Dem Camp who gave in their best and spices the song with their rap potentials for the listening delight of the fans out there.

Can't miss this one from Ogranya. Listen up and download the song below.