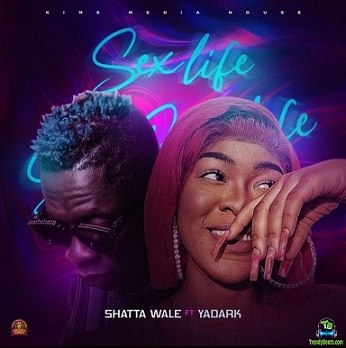 
Prominent Ghanaian music maker, Shatta Wale, unlocks a new masterpiece record named "Sex Life" in which he enlisted his newly signee act, Yadark, a female singer, who got a verse to showcased her talent. This record, was released in the year 2021, and it comes through, after Shatta Wale, dropped a colourful befitting video of his song "Agraadaa", which is still garnering lots of views on digital stores.

Shatta Wale, is a Ghanaian talented singer, songwriter and record producer. This artist has released copious records since his inception in the Entertainment Industry and has achieved lots of awards and nominations, still working hard for more accolades. Shatta Wale has contributed immensely to the growth of Dancehall music in Ghana. His credibility and versatility is something to reckon on.

This month of September 2021, Shatta Wale, released a new jam named "Sex Life" in which he uses the record, to bring his newly signed act, Yadark to the limelight. Enjoy the record below.