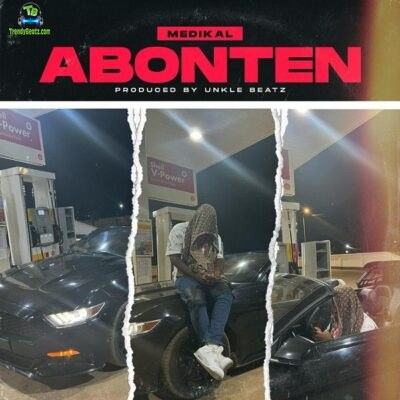 
Prestigious Ghanaian prolific rapper, songsmith and preformer, Medikal released this amazing tune named, Abonten. This mind-blowing was released under the management of Beyond Kontrol Bussines Records, which will surely keep you excited.
Medikal whose his fans hold at regard dished out this number in other to give his fans a good masterpiece, which they can relate to and vibe with. The song was produced by Ghanaian illest music producer, Unkle Beatz.

Every music listener in Ghana knows the name Medikal, he who doesn't know him is a newcomer in the music mainstream. Medikal has won the heart of many through his music and he never misses in releasing good records.
Abonten, is a great and awesome piece of music, you will want to add to your playlist and play endlessly. With perfect voice, Medikal killed this jam, completely.