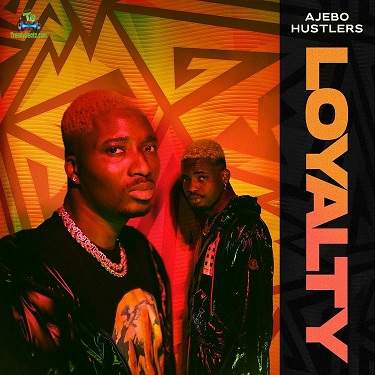 
Still keeping their records, the Nigerian music duo, Ajebo Hustlers puts out a new single titled "Loyalty (Freestyle)". They released this song not long ago which has been going viral and collecting lots of streams and fans positive remarks on the platforms.

This summer, Ajebo Hustlers rises again with this impressive single after their huge success on "Kpos Lifestyle Vol. 1 Album" which was released a few months ago, featuring vocals from Omah Lay and Nissi.

The duo just showed the world that it's not yet over for them this year by presenting this Amapiano record with the production credit to Clemzy. The song "Loyalty (Freestyle)" is now going viral and becoming the new song to enjoy this summer.

Share Ajebo Hustlers - Loyalty (Freestyle) Mp3 with others on;