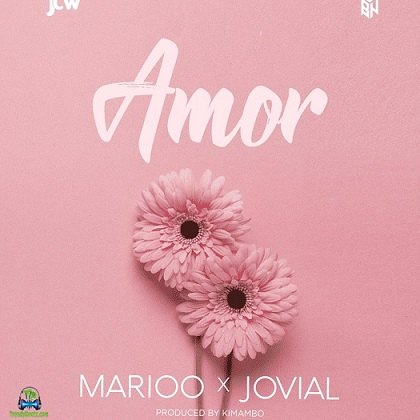 
Fast-emerging Tanzanian music crooner, better known as Marioo unlocks this excellent record which he tags, Mi Amor, with vocal help from Kenyan female singer, Jovial, who gave a top-notch rendition to this tune, which was delivered to their fans in the year 2022.

Mi Amor, is a cool, calm and collected tune from Marioo, a Tanzanian promising and ambitious record-maker. The song is now making massive airplay in Tanzania other African countries, collecting lots of streams, views and downloads on music stores. Kimambo, was responsible for the production of this tune.

Marioo , a Tanzanian born entertainer is on top of his toes to ensure he achieves his desired success in the industry that's why he is never relenting when it comes to delivering quality melodies. Some of his other records are; "Aya", "For You", "Tikasa" and many more credited to him.


Share Marioo - Mi Amor ft Jovial Mp3 with others on;