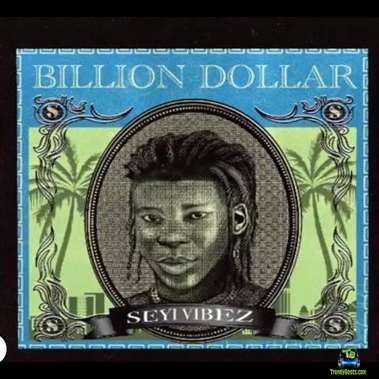 
Renowned Nigerian favourite crooner, Seyi Vibez brings out another beautiful record named "Billion Dollar" and fans are delighted about his new offering as he continues the journey. He released this song in the year, 2022 which has started gaining lots of streams on the platforms.

Balogun Afolabi Oluwaloseyi better known as Seyi Vibez is a Nigerian singer and songwriter. He is one of the young and talented Afrobeat singers making a big wave in the industry with his studio records and entertainment in general.

Still can't let the buzz fade away after the successful release of "C Major", the street hitmaker just dropped another favourite piece of music that will be generally accepted by the fans. In the song, he maintains his unique style as he also continues in giving out songs back to back. Trust me, you won't like to miss this one from Vibez.

Share Seyi Vibez - Billion Dollar Mp3 with others on;