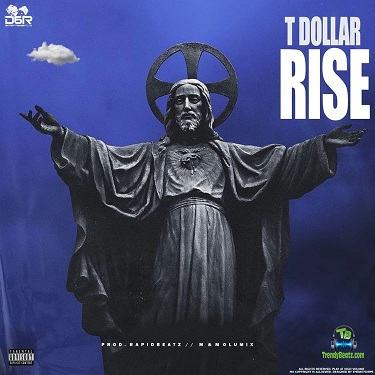 
Thinking that it's not yet over, the Nigerian young artist, T Dollar releases a new interesting song which he titles "Rise". He released this song in the year, 2022 which has started accumulating lots of streams and fans positive remarks. Rapidbeatz and Olumix, produced the song.

T Dollar is a Nigerian Afrobeat singer and songwriter who rises to turn up the industry with his studio records and entertainment in general. He is one of the Nigerian young superstars alongside T.I Blaze, Seyi Vibez and many more who are making a big wave in the industry.

After the successful release of "Born 2 Shine" through D6R Entertainment, the young crooner offers a new interesting melody titled "Rise" which would be generally accepted by his growing fan base.