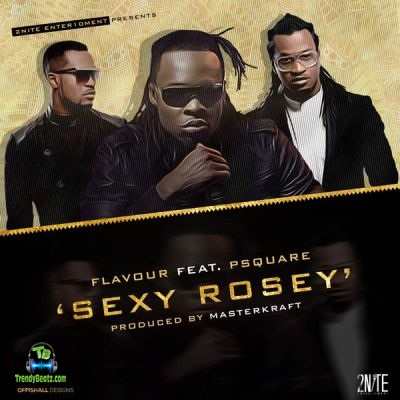 The Nigerian Highlife singer, Flavour has collab with P Square and brought out this astonishing soundtrack tagged "Sexy Rosey" released in 2015.


Highly and Talented music crooner and dancer, Mr Flavour has presented a debut soundtrack cut "Sexy Rosey" along with P Square, the Nigerian and African Legendary R&B singer.
He released this song to be known worldwide in 2015 as one of the most trended songs in Africa.

In this song, Mr Flavour and P Square made an outstanding tune that would be of much entertaining to the fans worldwide.
What a hit song from the two most rated and successful artist in African that brought such a sound to the hearing of everyone. It must be an unforgettable one in Nigerian music history due to its hit sound released by three artists not to be forgotten.

The official video of this song has already surpassed up to 50,130,537 views on the Youtube channel and still gathering more. So right now on our website, you can stream and download this song below.