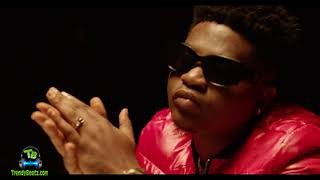 
Fast and Rising Nigerian Afrobeat Sensational musician, Danny Young, unveils the official video of his trending song "Joju" on which he features Nigerian talented artiste, Qdot, on this impressive jam.

This song was released in the year 2021. Danny Young, uses this song, to make a huge entrance in the music scene, showcasing his versatile capabilities. Qdot, murdered this song, with his unique style of rap music.

Now, here the visual of "Joju" which had its special treatment from Apatira.