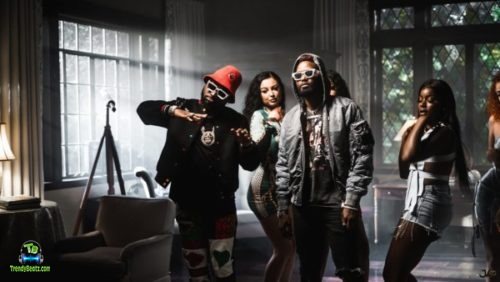 
The Jamaican singer, Konshens has released the video of "Boom Bang" which featured the DMW Boss Davido.


One of the Jamaican dancehall recording singers, Konshens recently delivered the visual play of his trending song "Boom Bang" alongside the DMW CEO and popstar, Davido from the Nigerian home base. This video was premiered about a few hours now which has started gathering thousands of views on the Youtube channel.

"Boom Bang" was a hit and a well-crafted song which has been dominating in Jamaica, Nigeria and across the country as well. Konshens has been one of the Jamaican top-notches who is widely known for his stand in the industry.

Recently, he decided to collaborate with Davido on the song "Boom Bang" which the visual play is out for your viewing pleasure. Just watch out for the video below!