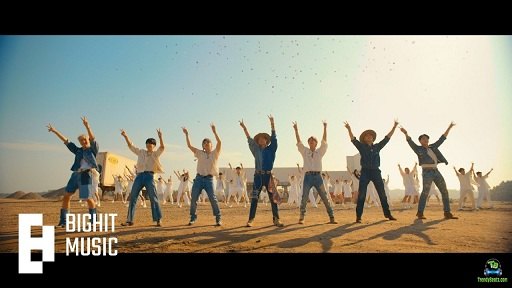 
Award-winning South Korean Muiscal group, BTS, unveils the official muisc video of their latest single named "Permission To Dance". BTS, uses this single to kick start the year 2021, after a long silence in the muisc scene.
They came through with this song after they gave us "Be Album" in the year 2020, which sublime 8 amazing tunes, with no single featured artist. One of the tracks in the album named "Dynamite" was nominated at Grammy Award 2020.
Still, enjoying the album, here comes the visual of their latest track named "Permission To Dance" which was produced, by Emma Sungeun Kim, while the visual was directed Yong Seok Choi and Woogie Kim.

BTS Permission To Dance (Video)
Other Videos By BTS