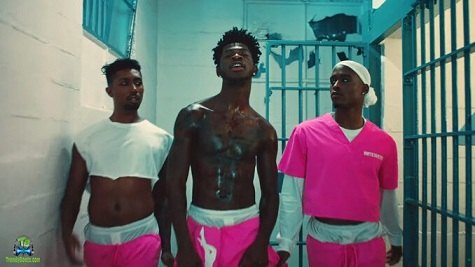 
American rave of the moment, Lil Nas X has given his fans the video of his new trending song "Industry Baby" which had the featured appearance from Jack Harlow. The video was premiered this year and has gathered millions of views on the Youtube channel. It is another great performance from Lil Nas X this time again.

The singer has been topping internationally as one of the youngest raves of the moment with his studio body of works and style of entertainment in general.

The song "Industry Baby" is another classic one given out for the amusement of the fans globally and it's an amzing one with great performances from both singers.

Today, the video is out and has been making a big stir in social media. Talking to you right now it has accumulated 69,254,664 million views and still gathering more. You can't miss this one right here... Just watch out for the video below.