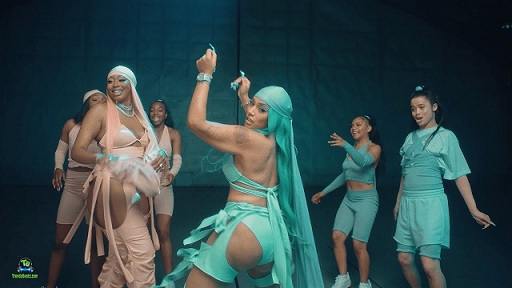 
One of the international celebrated rappers, Stefflon Don has premiered the video of her new song "Dip" alongside Ms Banks. She released this video a few hours now which has started accumulated 2,089,161 million views on the Youtube channel and still gathering more.

This time, Stefflon Don and Ms Banks have come to take over the show with their new and outstanding performance. The video is another one you shouldn't miss and right here we've got it for you.