The long-awaited visual of, First Time In America, by Naira Marley, is finally Out!!!


The Nigerian street ambassador, Naira Marley, has at last debuted the visual of his record, First Time In America. This record is Naira Marley third single this year 2021, it follows up after, Drug Test.
Azeez Adeshina Fashola, widely known as Naira Marley, kick start the year with the song named, Coming, which features South African versatile diva, Busiswa, which was an instant hit.

Naira Marley is one of the Nigerian musicians, who never misses in releasing songs, Every single he touches is a hit. First Time In America, is no expectation. The record is also a lead single to his forthcoming album.
Lastly, here comes the visual of, First Time In America, produced by the hottest Nigerian music producer, Rexxie, while the top-notch video was shot and edited by Walu for JM Films Production.

Kindly watch out and enjoy below. 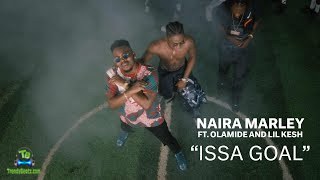