Here we are served with the official video of "Dolly" by the Jamaican female singer, Shenseea.


Without keeping the fans waiting, the Jamaican and international Dancehall crooner, Shenseea shares the official video of "Dolly" and fans are widely excited about her impressive performance this time. She premiered this video a few hours now which has accumulated a million views on the Youtube channel.

As the year is just getting started, Shenseea satisfies the fan with a stunning video of a colourful background which was also shot in a more suitable atmosphere for the viewing pleasure of the fans. Seeing her unique performance this time, she really deserves the 2 million subscribers which she just shared a few days ago on her Instagram handle as the first Jamaican female artist to hit that point.

Just watch out for the video of "Dolly" below! 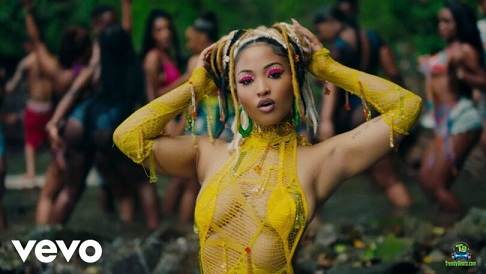