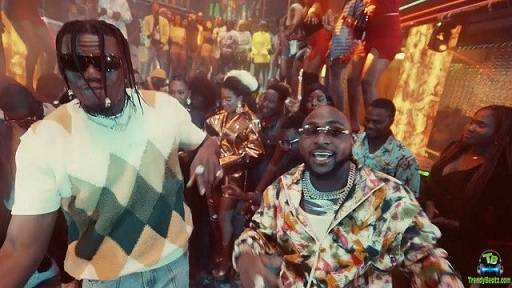 Oustanding music producer and singer famously known as Pheelz ushers in the music video of his astounding harmony named, Electricity, having the Nigerian heavyweight singer, Davido as a guest performer, whose spiced and gingered the record for the audience to obtain pleasure and vibes from it.

This masterpiece soundtrack follows up after Pheelz hit song, 'Finesse' which features BNXN fka Buju, the song gained the singer and producer much followers and supporters in the music industry, and he proves his versatile capabilities not just as a producer but as a singer and songwriter.

Also, Finesse made it to Barrack Obama’s 2022 summer playlist. Pheelz is gradually creating a legacy for himself both in singing and production. The new ballad-entry called, Electricity which features Davido is full of positive vibes and killer rhythm.

Finally, the music video of this self-produced record tagged, Electricity was put together by a famed cinematographer, TG Omori a.ka. Boy Director known for his incredible works in shooting music videos.