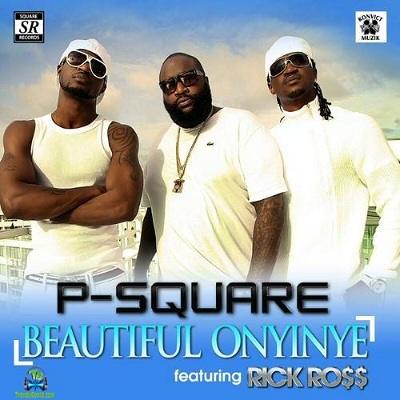 
Famous Nigerian music duo, P Square storms out the remix of their record named, Beautiful Oyinye. On this tune, they honoured invitation to American wordsmith, Rick Ross, who did wonderfully well on his own part, discharged to their music listeners in the year 2012.

The synergy by these great legends yielded nothing less than a monster hit in that soundtrack. P Square teaming up with Rick Ross displays their stance and tenacity in the game. Since the release of Beautiful Oyinye (Remix) till this moment, the catalogue is still making a major impact.

Moreover, the first version of, Beautiful Oyinye, is one of the hottest songs you will find on P Square album named, The Invasion, an extraordinary project, which sublimes fourteen amazing joints, starring high profiled Nigerian musical artists, released to satisfy all RnB and Afro-pop music listeners.

The record Beautiful Oyinye (Remix), by P Square and Rick Ross, is an evergreen soundtrack which value remains constant even after many years. It was accompanied by a music video, shot and directed by famed cinematographer, Jude Engees Okoye.