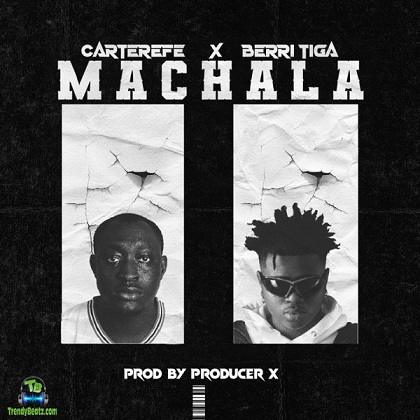 Listen to this beautiful song by Carter Efe starring Berri Tiga named, Machala, which was released in the year 2022.


We bring to you this super exciting song tagged, Machala, which features Berri Tiga, disclosed in the year 2022. The song is officially owned by a Nigerian Instagram comedian called, Carter Efe, as he shows his love for Wizkid with this record that has a fusion of Afrobeat and Amapiano sound.

Machala is a must-listen-to-all sundry, which will be generally accepted by their fast-growing fanbase and Wizkid FC. Carter Efe and the featured artist, Berri Tiga threw in some hot vocals, making the hook and chorus highly catchy in a way that everybody can get behind.

So without much ado, stream, download and share this awesomely-composed record tagged, Machala, performed by Carter Efe and Berri Tiga. It was produced by a fast-rising Nigerian music producer known as X.