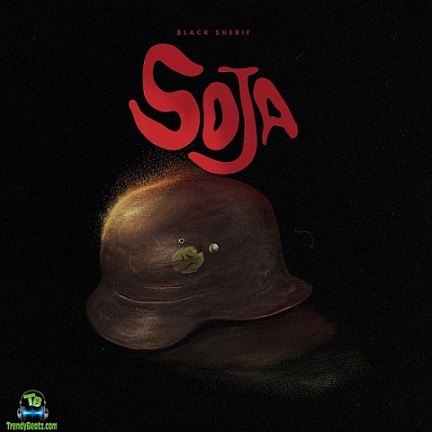 Album Name: The Villain I Never Was Album


Hard-working and Brilliant Ghanaian musician, widely known as Black Sherif is out again with this exhilarating studio number captioned, Soja. He dished out this mid-tempo soundtrack to remain consistent in the game that is rapidly growing with vibrant artists every hour.

The record, Soja is a must-listen-to all sundry, Black Sherif who is known for engaging the fans with emotive lines and melodic sound infusion, really came through on this Joker Nharnah & Mohammed Ismail Sharrif-produced track, that was unveiled to the general public in the year 2022.

Meanwhile, this Black Sherif's second instalment for the year 2022 following his sparkling remedy called, Kwaku The Traveller, the first ever single track from a Ghanaian artist to Top Nigeria Music Charts and it has amassed more than 12 Million Youtube views, which was put together by David Nicol-Sey, who did a wonderful placement on the visual.

The brand new euphony is a lead single to Black Sherif's forthcoming debut album tagged, "The Villain I Never Was", which is secluded to be unravelled on the 6th of October, 2022. In addition, Black Sherif has been nominated for the international BET Hip Hop Awards 2022, set to take place in the United States.