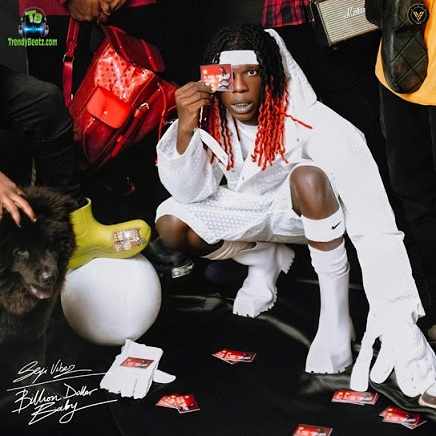 Super talented music maker professionally known as Seyi Vibez delivers this beautiful song captioned, Darling, with vocal assistance from one of the most beautiful and talented Nigerian female singers, Simi, who gave a refined performance on the soundtrack, released in the year 2022.

Seyi Vibez linking up with Simi really yields good fruits. The two Nigerian-born-music entertainers really came through on this soundtrack and their vocals marched perfectly with the beat, produced by Blaise Beatz. The song is so fascinating and pleasing to the ears.

Nevertheless, Darling featuring Simi is one of the records that made the album tagged, Billion Dollar Baby, by Seyi Vibez what it is. The project bagged a total number of eleven impressive entries, carefully writeen and recorded.


Share Seyi Vibez - Darling ft Simi Mp3 with others on;