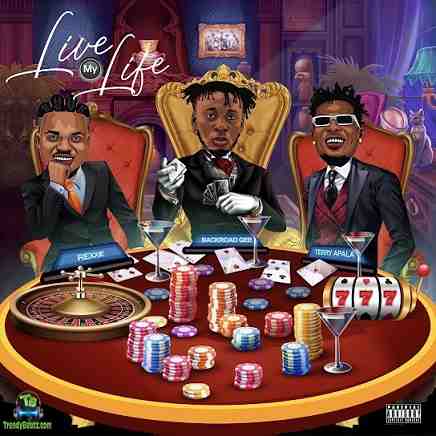 BackRoad Gee linked up together with Rexxie and Terry Apala to unleash this banging tune tagged, Live My Life.


Talented music crooner professionally known as BackRoad Gee delivers this outstanding music captioned, Live My Life, featuring two Nigerian music entertainers, Rexxie, a producer and Terry Apala, to thrill the minds of anyone who pays attention to this wonderful song.

On this track Live My Life both BackRoad Gee, Rexxie and Terry Apala allowed each other to shine individually without anyone overpowering the other, what a truly incredible featuring. Released to the general public in the year 2022.

BackRoad is so talented and blessed, the rapper has released several breathtaking singles which got public attention, gaining the artist much followers and supporters. He has also worked with the likes of MS Banks, Olamide, NSG, British rapper, Pa Salieu, and many others.

So without much ado, stream, download and share this incredible music by the Gambian-British rapper, BackRoad Gee named, Live My Life, with vocal support from Rexxie and Terry Apala.