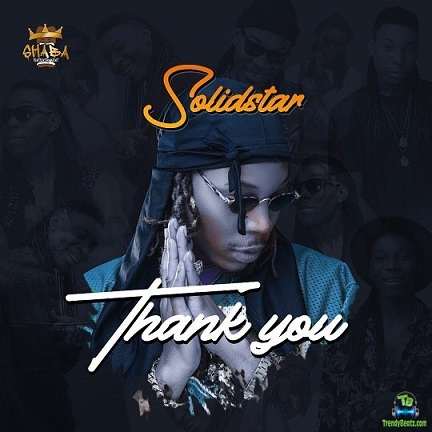 
The Nigerian Universal hit singer, Solidstar, recently released another new hit jam tagged, Thank You. This song was released not about few Hours ago as one of the Nigerian hit singles of the year. Being a little away from the Nigerian music scene, Joshua Iniyezo, known as Solidstar released this hit tune to entertain all his fans in this year ending

He is a well known Singer, Songwriter and a Performer in the Nigerian Music Industry, who has been there for his fans. His hit song, One In A Million, was a hit vibe which trended both in Nigerian and other African countries. The song also comes off his debut studio Album titled, One In A Million Album. He decided to drop off this new song for his fans to feel entertained and not to be on chill.