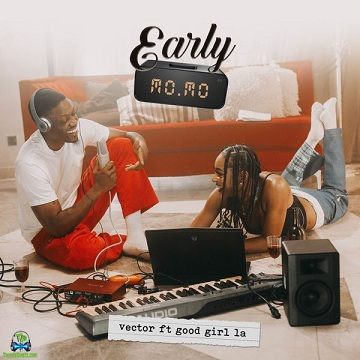 Album Name: Teslim: The Energy Still Lives In Me Album


Multi-Talented Nigerian prolific rapper, Vector has unleashed a new track captioned ''Early Momo'' featuring Nigerian songstress, GoodGirl LA on this impressive tune, as she added some sweet juice to this jam, which the production credit goes to Talented Music producer, Mr Klebb. Released in the year 2021.

As we all celebrate this Love Season, Vector decides to make a new song as he teams up with GoodGirl LA on this sound, which talks about Self Love.
Well, This song ''Early Momo'' by Vector comes forth after his last 2020 Extended Play tagged ''The African Mind'' which consists of 4 solid tracks, with no features.

Vector has associated with the likes of Nigerian and African artist namely Patoranking, Phyno, Mavado, Nasty C, Davido, 2 Baba and many more. In this song, he featured 2Baba titled ''Get Down'' was the third official single off his debut album ''State of Surprise'' on which he shot the video, was a huge break into the mainstream and was nominated for ''Best Mainstream Hip Hop Video'' and also won the award in the year 2011.

Vector - All I Know

Gabriel Afolayan ft. Vector - Get Up