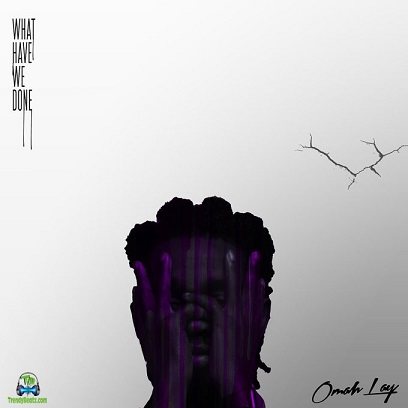 Album Name: What Have We Done EP


Omah Stanley Didia, popularly known as Omah Lay unleashed this song titled Godly for his music lovers and Fans. Omah Lay dropped this song titled Godly as the 3rd song off his 2020 EP Tagged Omah Lay What Have We Done EP. Omay Lay breakout EP was Get Layd EP which was released on 22nd May, 2020 and the EP had 4 tracks which performed well and were loved by a lot of music Lovers.

Here comes a banger from Nigerian Steady hit-maker, Omah Lay on this massive soundtrack dubbed ''Godly'' which was a stupendous jam that will surely put a smile on the faces of his music fans and lovers of hip hop music in general. This Jam ''Godly'' was a solid banger since it was released and it's still trending all over many African Countries and aborad. This song got more than 4 Million views on Youtube and still gathering more....

''Godly'' by Omah Lay comes as the 3rd track off his 2020 Extended Play on which he titled ''What Have We Done'' released on November 20th, 2020. Consisting of 5 solid tracks, featuring only American singer 6Lack, with the production of tempoe, echotheguru, tuzi beatz and Omah Lay himself. This Artist has been making a huge wave since his musical Journey, his songs like Bad Influence, Damn, Lolo and many more have gotten him to the top. Here comes a banger from him crafted ''Godly'' Stream and download below.