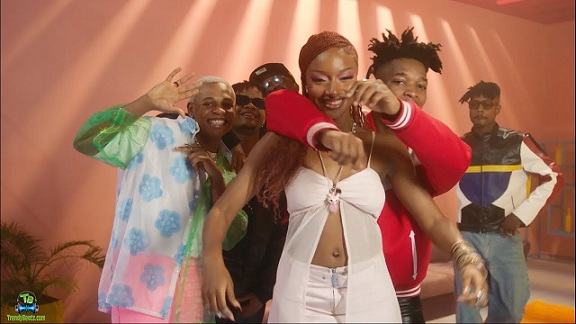 Mavins Records ushered in the music video of this astounding soundtrack captioned, Overdose, performed by Crayon, Ayra Starr, Ladipoe, Magixx and Boy Spyce. This is the first time we are having another all-stars songs from Mavin after, "All Is In Order", in 2019.

This song arrives a few days after Mavin Records celebrated its 10 years anniversary. The new generation of Mavins; Crayon, Ayra Starr, Ladipoe, Magixx and Boy Spyce, made great efforts in creating this rhythmic music, for the retentive listening pleasure of their audience.

Overdose (Video), was put together by Director K (DK). However, Mavin Records will avail details of their collaborative work which will feature all the artists signed to the imprint.