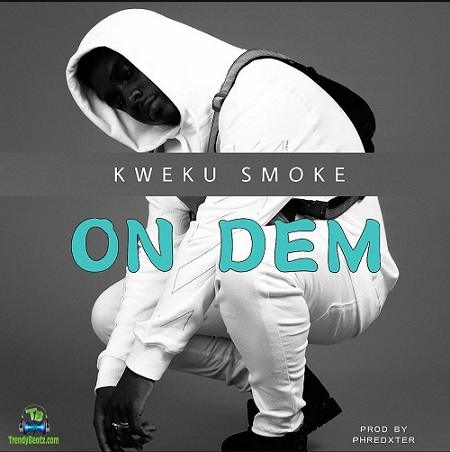 
With the production of Phredxter, The Ghanaian prolific rapper, KweKu Smoke smash another single hit captioned, On Dem, to put smile in the faces of his music fans and customers. On Dem, by Kweku Smoke comes after his still trending banger, Time No Dey and Kwekuee. Released in the year 2019.

Paul Amankwa popularly known as KweKu Smoke is a Ghanaian hip hop and rap artiste, known for his hit, Yedin, which he enlisted Ghanaian Prolific rapper, Sarkodie, This Young Ghanaian rapper, KweKu Smoke has been making a huge delivering since his career to music some of his songs are, Serious ft Bosom P Yung, On The Streets ft Kwesi Arthur, Dis Side ft Kofi Mole and many more.


Share Kweku Smoke - On Dem Mp3 with others on;