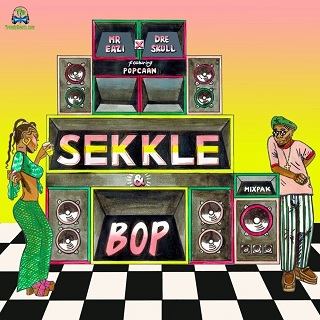 
Nigerian Super talented artist, Mr Eazi, returns back to the music scene, with this banging tune, named "Sekkle Bop" as he joins hands with Dre Skull and Popcaan, on this amazing tune.
Mr Eazi, comes through with this jam after his 2021 body of work "Something Else" which is still basking around. Something Else EP, houses 5 solid tracks, featuring Kenyan female singer, Xenia Manasseh.